Using a Map to help us decide where we would put our Solar Cells!

We have been creating some famous welsh Art, from an artist called Christopher Langley! 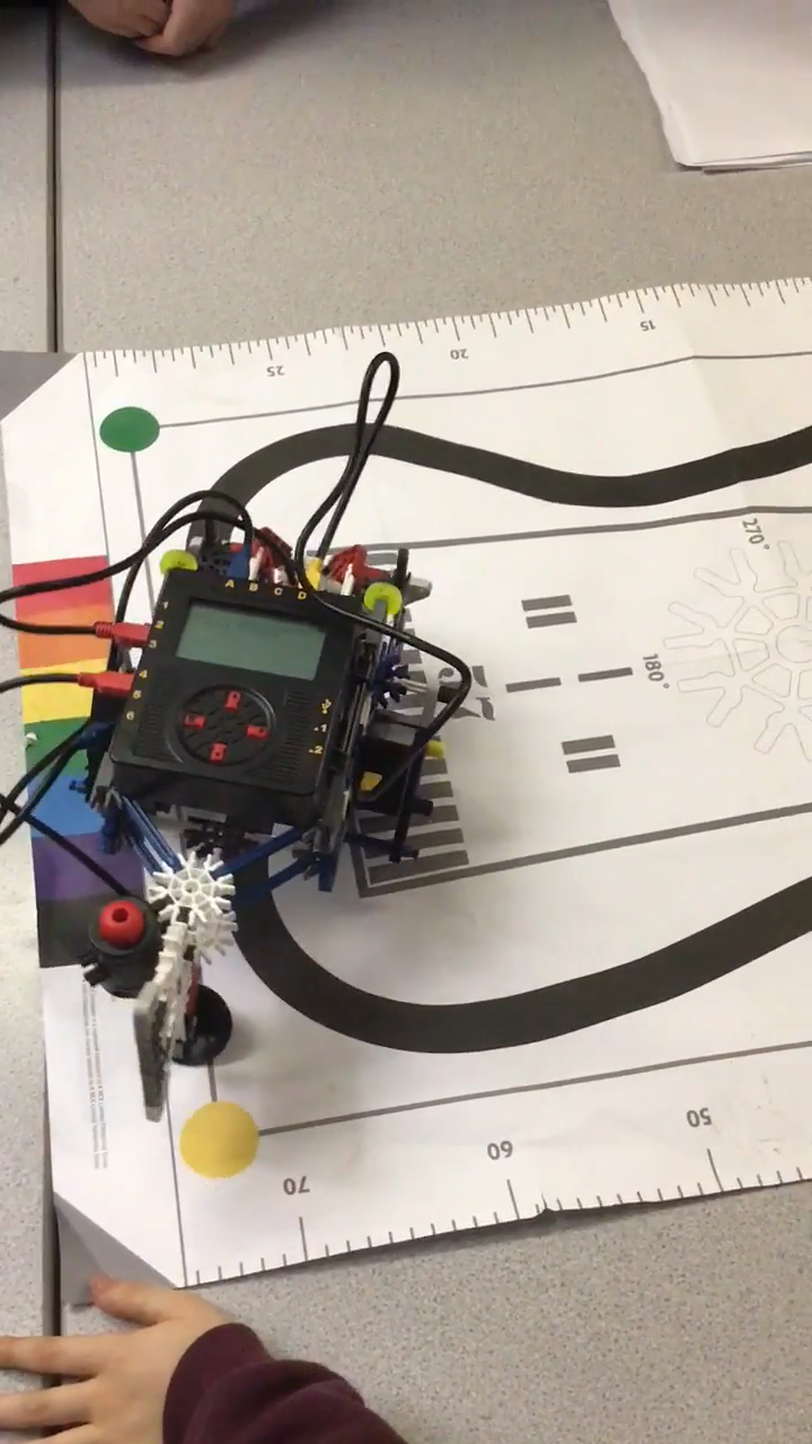 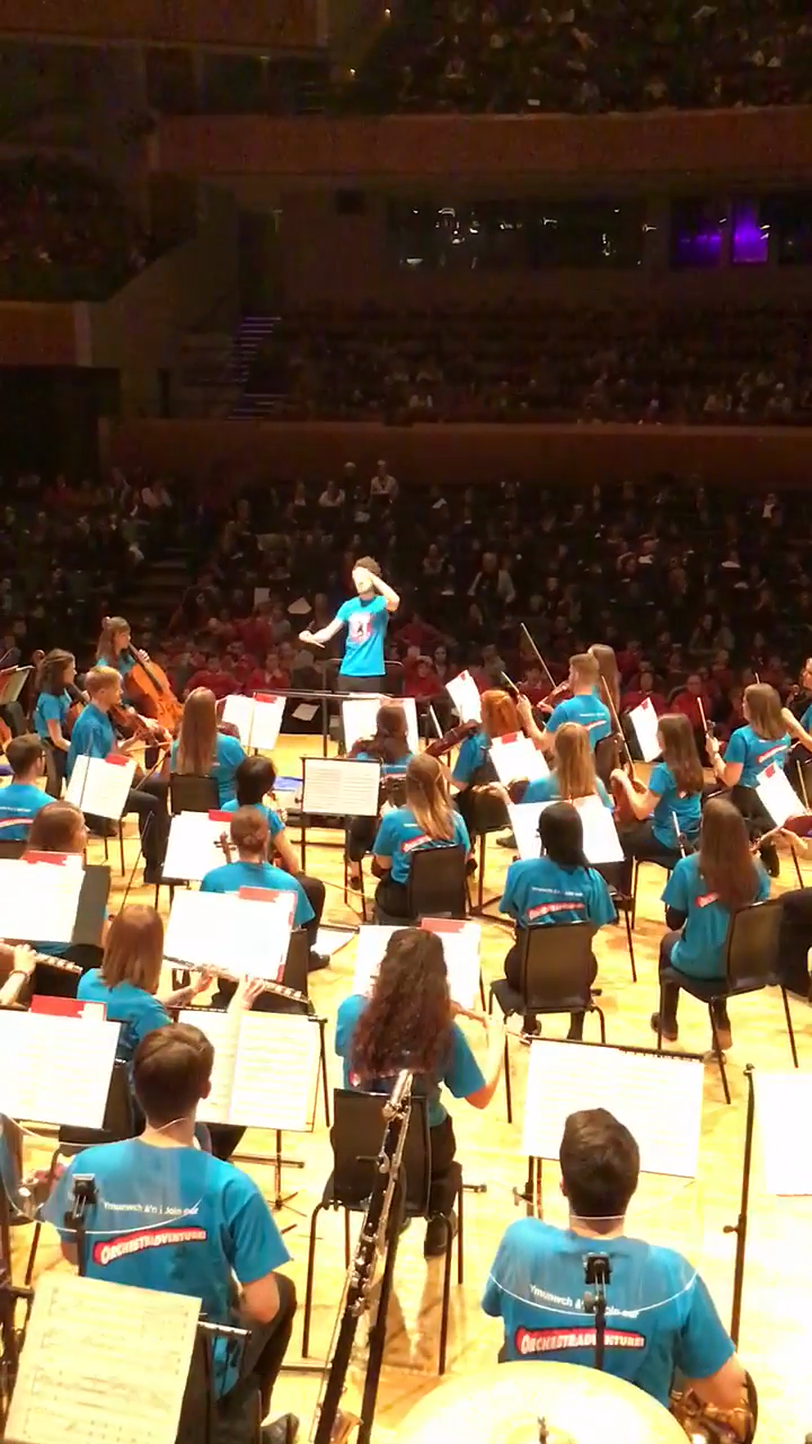 In year 5, we have been dropping objects into flour creating and measuring our own craters!

Our Cardiff Bay themed hats for our Immersion day!

In 5B Maths we have been looking at probability by dropping coins and picking playing cards!

This week in Year 5, we have been creating our own K’NEX Robots and it has been a challenging process. We have made the line tracker model and we are excited to code it. The line tracker is a machine that it programmed to follow a line you have drawn for it. It took 4 wires, a sensor, a push button, and batteries before we can even think about coding it. There were 12 groups and each group needed a big boss, builder, quality checker, and creative contributor. We worked interpedently and persisted with our robots as they were difficult to make. Here are some pictures of us making the line tracker.

The Royal Welsh College of Music and Drama Work Shop

This week year 5 had a visit from some students from the Royal Welsh College of music and dance. As we walked into the hall to meet them they played us the theme tune of Pirates of the Caribbean and we had to guess where the music was from. They taught us all about rhythm and we played a game where we had to clap in tie to the beat and had to listen to make sure the clap was not going the other way around the room. They taught us how to breathe in order to make the sounds that come out of different brass instruments. We used a hosepipe to make the sounds of a brass instrument and had to try to make a brass sound. We used our habit of mind thinking Interdependently to work in groups to clap rhythms for a piece of music, we had to concentrate as we had to clap our rhythm whilst the other groups were clapping theirs too, we had to ensure we only clapped our own, this was challenging and because it was hard not to clap along to the other groups beats. In a couple of weeks we are going to St David’s hall to see an orchestra perform and learn even more about the Orchestra. We are very excited to go!

This week in year 5 we have been focussing on the big question:

How can we slow down climate change?

Over the weekend we all did research on Climate Change at home for our homework and we used these facts throughout the week. On our first lesson we looked at the causes of climate change and discussed the use of planes and cars, burning of fossil fuels to make energy and people wasting energy and how all these things produced emissions that went into our atmosphere. We looked at the weather over the years in Wales and found trends in data to show an increase in the temperature throughout the years. We completed a maths investigation on this and created graphs to show the change in temperature. On our second lesson we looked at different countries around the world that were affected by climate change and what was happening in those countries. We completed a country case study to look at how things had changed there. We used our habit of mind listening with understanding and empathy to learn about how people around the world are feeling as a result of losing their food and homes because of climate change. Next, we looked at ways in which we can all work together to stop climate change. Everybody can do their bit and shouldn’t feel like because they are just one person they can’t make change happen. If we all did something to stop wasting energy or using fuel together we can make a huge difference. We decided to take action! We all wrote letters to a supermarket or to Theresa May to persuade them to put in place more energy efficient methods and to convince them to be more environmentally friendly.

''Individually we are one drop but together we are an ocean”

This week in 5B we have been learning about space objects and forces. These include meteorites, meteors, asteroids, and comets. We have been learning that a comet is a piece of ice and rock that is located orbiting around the atmosphere. An asteroid is a meteor that has not yet gotten close enough to the Earth to be named a meteorite and it is located at the outermost of the asteroid belt which obits the sun. A meteor is an asteroid which has sped past the Earth but not hit it and a meteorite is a meteor that has hit a planet, star, or the moon. If a crater has been found on a planet or on the moon, it could be up to 14cm in diameter and also 12 metres deep! On Earth, if an asteroid tried to hit us it would have to get past the atmospheric pressure. The biosphere is so hard, that the barometric pressure could crunch the approaching asteroid. Just like the Sun, that asteroid also catches fire and if it the Earth, the fire would spread to around roughly 145 metres from the landing site. We explored using the iPads and used the Habit of mind of working interpedently to complete a research lesson on why planets have craters. We are very curious about this topic and cannot wait to find out more!

The equipment I needed to complete this experiment was a push, pull spring balance it measured force in newtons   . We were measuring how much force was required to close the door with the spring. This experiment was successful because everyone took part and everyone had a turn to push and we had to see how much force it would take to close the door. The table tells us that it is harder near the hinge and easier next to the hinge as it took 20newtons to push the door closed next to the hinge but only 1 newton of force required 80cm away from the hinge.

In year 5 this week we performed a class assembly on ‘Mission’. Everyone has a mission, we have been learning all about inspirational people, their mission and how they fulfil it. We have also learnt about the church and our clergy. We have been looking at Jesus’ mission in diocese, known as ecumenism. We read scripture from Isaiah which describes his mission. The main focus of the mission is to spread the good news to the poor.

Jesus helped the poor for example when he fed 5000 people. We also learnt about other inspirational people who used Isaiah’s scripture to inspire their own personal mission. One of these people was Elly Jansen a young Dutch woman, her mission was inspired by Jesus. Jesus always made it his mission to help those in need. We know how important it is to follow in Jesus’ footsteps and have reflected by creating a mission for ourselves to follow.