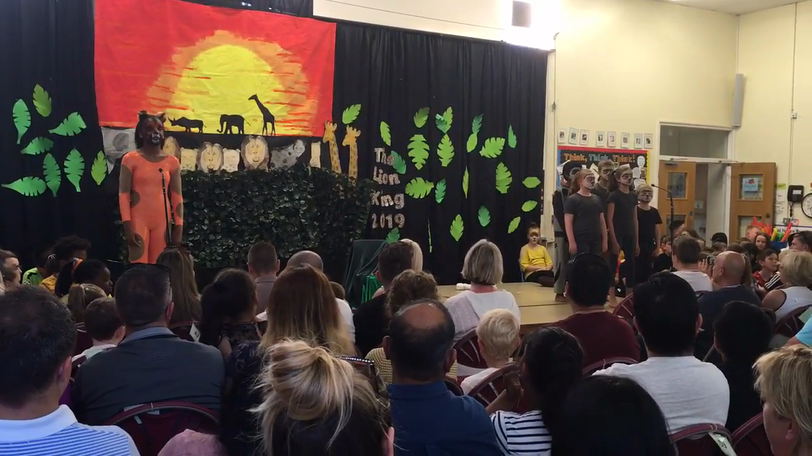 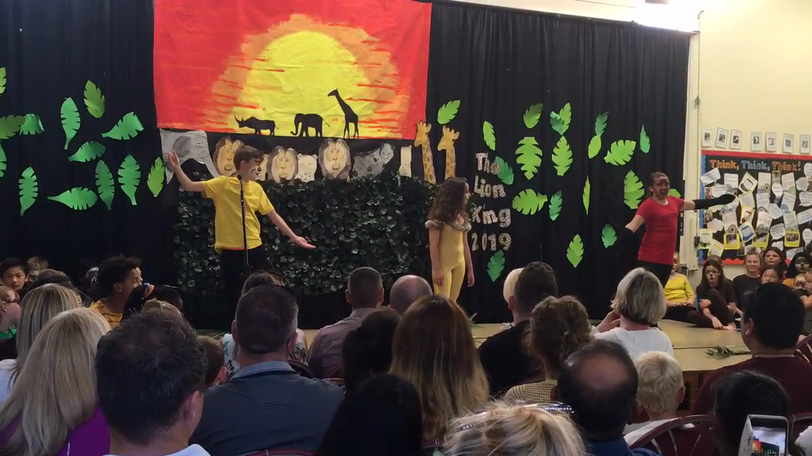 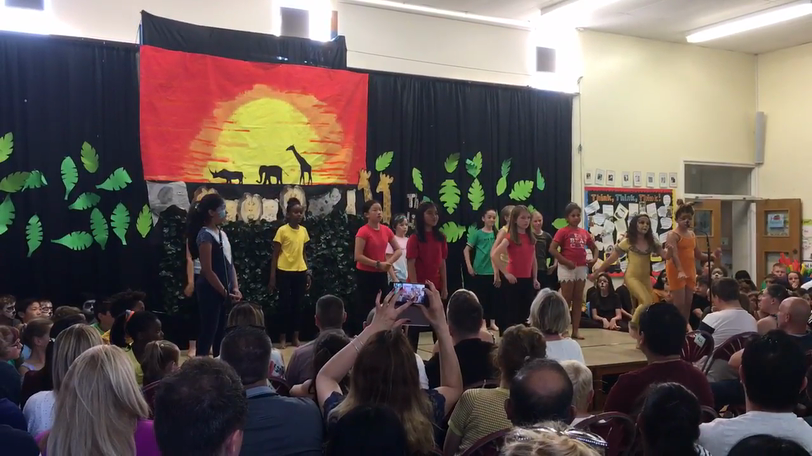 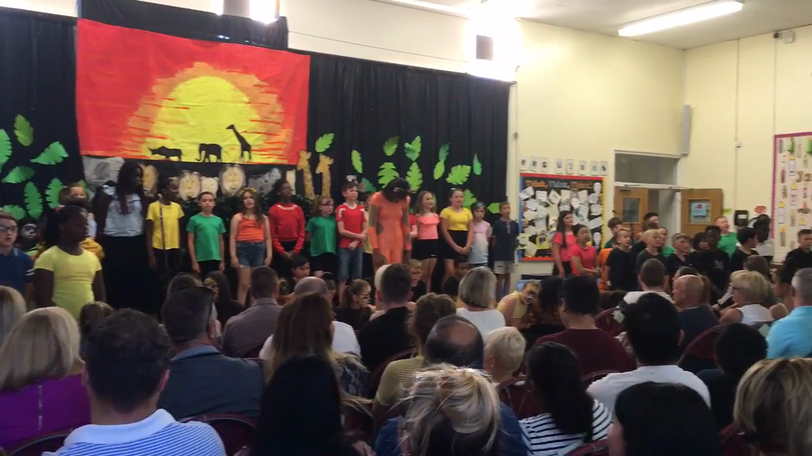 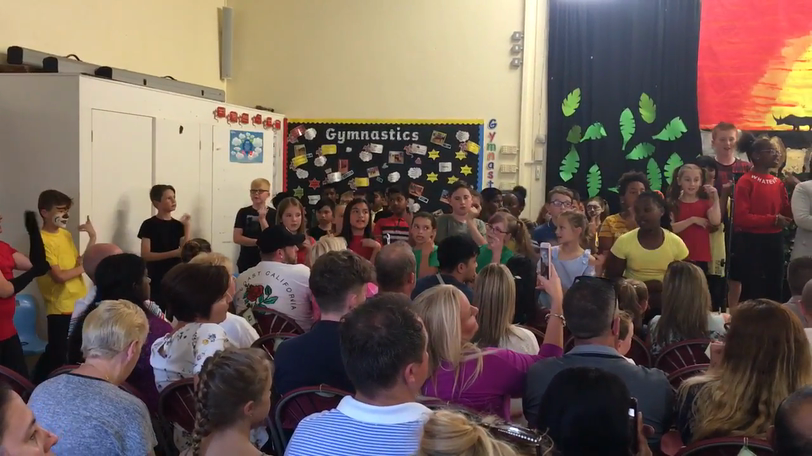 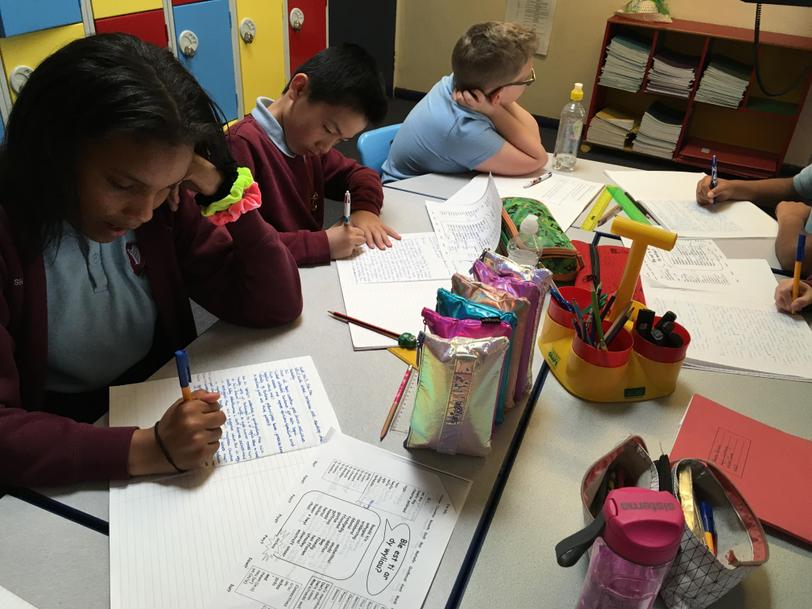 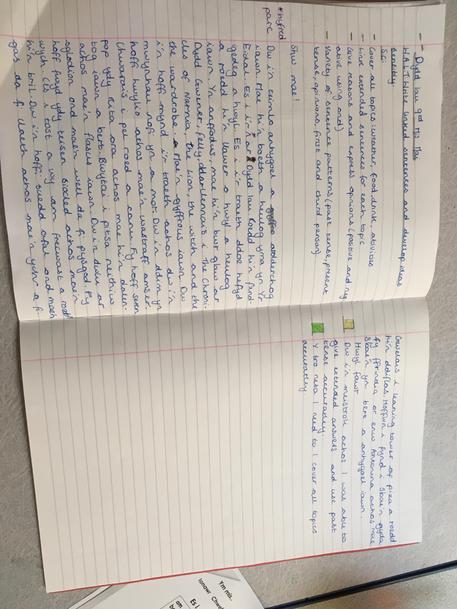 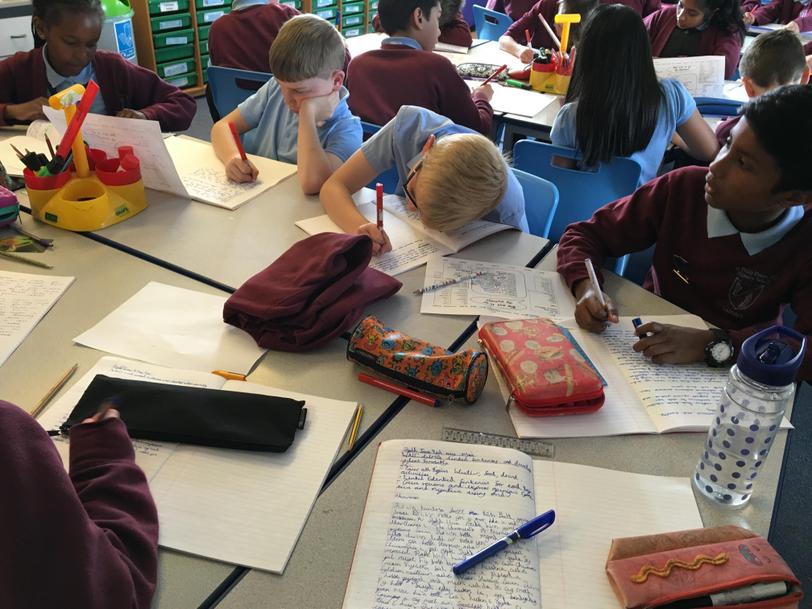 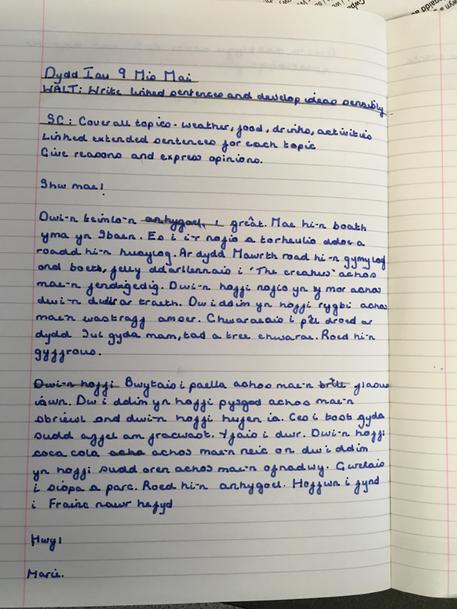 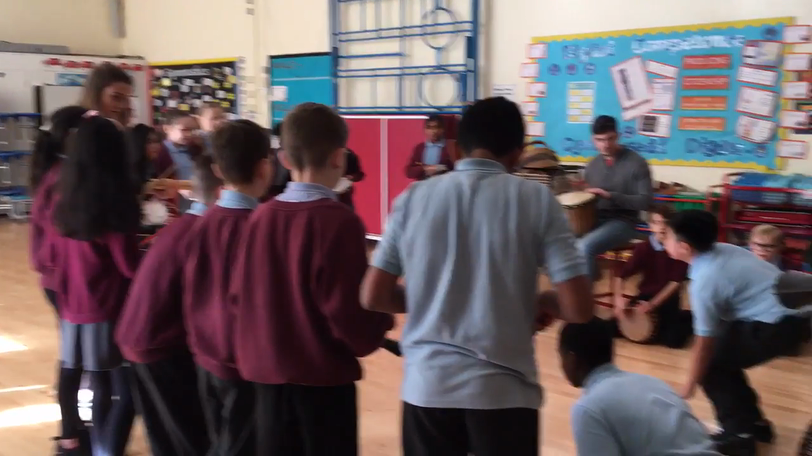 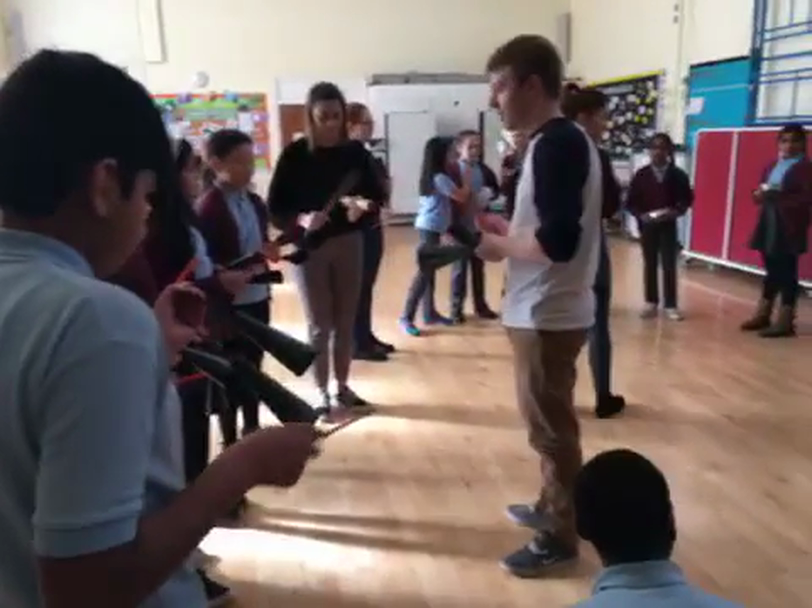 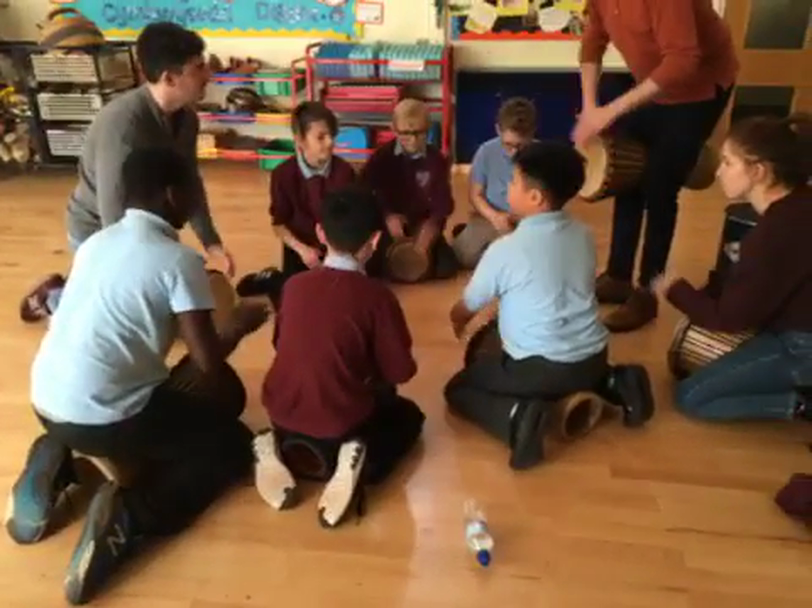 Bl 6 are, 'Enterprising, Creative Contributors.' We have been using our creative skills to follow a beat, and create a piece of music using a variety of different skills.

In Bl 6 we have been carrying out a lot of learning linked to sustainability and being a global citizen. We have been thinking about how we can care for our planet and follow Pope Francis' encyclical, 'Laudato Si.'

During our immersion day we carried out a number of creative tasks using our problem solving skills to complete a range of challenges. We also created our own Eco thinking hats  sharing these important messages.

Bl 6 are investigating the effect different types of exercise have on heart rate.

On Monday 26th November the children in year 6 visited Jump in Cardiff for the Crucial Crew Workshop. During the afternoon, we found out lots of information about important life skills that will help us to remain safe and lead healthy and sensible lives. The afternoon was run by representatives from a number of different agencies who shared some very important messages.

Rail Life gave information from Network Rail about staying safe around railways. Faizan reported, “We found out that you should never play around railways as a train weighs the same as 58 elephants and they take 20 football pitches distance to brake. Also, the electricity involved with some railway lines has a very high voltage.”

Western Power Distribution talked to us about electrical safety and told us how to play safely around power pylons, electrical wires and sub stations. Shelley reported, 'I found out that you shouldn’t try and get anything that falls into the sub stations as the electricity is strong enough to kill you. You should call the telephone number to ask for help.”

The Food Standards Agency talked to us about staying healthy through food hygiene. We found out that remembering that we can prevent ourselves from becoming sick through the 4cs; clean hands, cross contamination, cooking and chilling. For example, did you know food needs to be cooked to 65 degrees centigrade to kill bacteria.

Meic - a children and young person's advocacy agency talked to us about how they provide a phone line to go to for information, advice, links to other agencies for help.

Resolve it gave us advice on resolving conflict and how to handle difficult situations in non-aggressive ways including self-defence. Using these reminders:

Avoidance- have fun, no your limit and staying away from confrontation.

Dialogue- speaking in a calm voice and using a non-aggressive body language.

Action-last resort if all else fails.

In Blwyddyn 6 we have been learning about immigration and stereotyping. We took part in a workshop called ‘Show racism the red card.’ ‘Show racism the Red Card’ is an anti-racism education charity that stands against racism.

We learnt about how racism can affect people’s life, unfortunately racism still goes on today. We also learnt about immigration and what causes people to migrate, some people migrate because of war or education.

Article 15 says ‘Everyone has the right to a nationality’.

In 1996 a famous goalkeeper, (who is now retired) Shaka Hislop was on his way home from football practice and he needed fuel so he pulled over to the closest petrol station, as he got out of is car a group of people started calling him names, as they got closer to him they realised who he was and asked him for an autograph, but he said no after what they did to him. After this he called the manager to report and said that they need to take action.

We now know why it is important to treat people fairly and to not judge people.

This week in Year 6 we have been using our habit of mind, ‘Creating, imagining and innovating’ to create cityscapes. We looked at a number of artist’s examples and accessed prior knowledge from our Blitz art lessons.

We thought carefully about the composition and discussed how we could ensure our art work was attractive for our target audience. We are so excited to see our art work in the school exhibition!

In year 6 this week we had a numeracy challenge associated with the Blitz!

Are you up for a challenge?

German air raids against Britain 1939-1940, followed Germany's failure to establish air superiority in the Battle of Britain . It has been estimated that about 40,000 civilians were killed, 46,000 injured, and more than a million homes destroyed and damaged in the Blitz, together with an immense amount of damage caused to industrial installations.

Some believe that Hitler carefully targeted specific cities, with high density of population, so as to cause as much destruction as possible and lower general morale.

Could this have been the real reason behind the Blitz?

We took data from casualties from different cities and displayed this data in a scatter graph using excel.

I agree with this because I agree that Hitler targeted big cities to try and cause as much destruction as possible and I think he tried to as much enemies as possible.  I think also targeted London because that has a huge dock which battleships are at and they try to destroy them so they have a better chance of winning out at sea.  I don’t think Hitler wanted the British ships attacking them as well because the British ships were very hard to break down and were a massive threat to the Nazi party. Portsmouth and Cardiff also have docks and they had high levels of casualties.

The Germans tried to bomb these places because they had main military camps which had lots of troops in them so they used the advantage of the sky to try and bomb these bases.